Discuss anything you want.
Post Reply
12 posts • Page 1 of 1

In this thread I will be keeping track of my efforts to watch every film and episode of television featuring the Canadian actor Elias Koteas.

My road to Kotemania was a common one: enchanted early by his wryly comic take on the multidisciplined vigilantism of Casey Jones in Teenage Mutant Ninja Nurtles, intrigued further by his vivid bit parts in bigtime Hollywood productions, and finally, fully wooed and wowed by his fearless and idiosyncratic performances for Atom Egoyan in The Adjuster and Exotica and David Cronenberg in Crash.

Cracking Raphael in the face with a cricket bat and making hard manly love to James Spader: aesthetic ecstasies of my formative years. Bookends. Pillars.

My Kotemania is quite advanced, you see. And the only cure is the disease.

Periodically, I will also be sharing nice things said about Koteas by other actors and filmmakers in interviews and DVD commentaries and the like. To start with, here is some effusive praise by Woody Harrelson that cheered my wee heart when I watched the slightly-better-than-expected Defendor a while back.

Also, he appeared in only one scene of The Sopranos, but it might be the best scene of all. Coincidence? Well, yeah, but

Big fan of the guy... loved him in Some Kind of Wonderful, The Prophecy and TMNT.

Ha. I get it. I think. Isn't that Christopher Meloni?
Top

We'll always have my spitroast slashfic 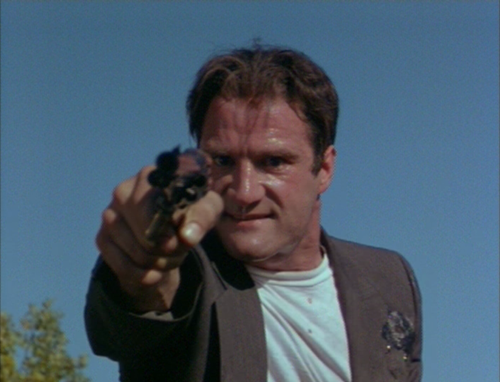 Within the first five minutes of this movie it is to be accepted that Koteas's character:

i) is an idealistic hotshot prosecutor who has won his last 11 cases while refusing to even consider using jailhouse snitches;
ii) can still afford to drive only the worst movie car ever;
iii) is insufficiently motivated by his idealism or sufficiently motivated by his car to suddenly and without apparent thought or discussion forfeit his career and become a defence attorney after being sidelined for a single case. Or maybe it was all that and the worst-fitting movie suit ever (no, that one doesn't count): 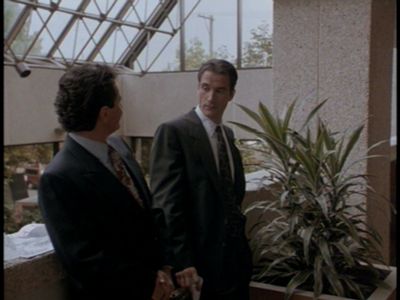 There are many worst-evers here. Well, that's a little silly. Let's call 'em never-known-worse-thans. The music. The sex scene between Koteas and Rae Dawn Chong, her rocking spasmodically on his lap in a giant office chair as we circle and dissolve and dissolve and circle to the soundtrack's agonizing slo-shred. And the Big Trial, especially the closing arguments, in which a disillusioned Koteas instructs the jury without objection from anyone that they should judge his client not on whether he is guilty of murder but whether his "corruption is any different from [the jury's]" (???). And then wins. (No directed verdict, natch.)

Koteas is terrible and it's all very hard to bear and I am kind of recoiling at the prospect of watching him in anything else for a while. I may have made a huge mistake. This isn't what I meant by curing my Kotemania! Not at all!

Danny Aiello was also in the movie.
Top

Kind of a weird idea for a thread, but I approve of any good new content here, so keep it up

DON'T YOU DISRESPECT THE ONE TRUE CASEY JONES, MOTHERFUCKER!
Ain't no grave gonna hold this body down

I always enjoy reading the Random Roles column at the AV Club, so here is Koteas's!

AVC: You did have awesome hair in that movie.

EK: Awesome hair. I don’t know what happened. You just felt alive. My one attempt at being a hero—a vigilante in the park, looking for bad guys. It was fun. Especially with Jim Henson and the puppets. It was cutting-edge technology at the time. It was a magical summer in Wilmington, North Carolina. I get stopped by kids—not kids anymore; they’re 25, 30—saying, “There’s Casey Jones!” There are worse things in the world. It brings a smile to my face.

AVC: I’m glad to hear you say that. I’m 32, so when I told my friends who I was talking to today, I had to say, “You know: Casey Jones.” But then I mentioned you were in Crash—

AVC: Yep. I think a lot of my friends learned for the first time that it was the same guy.

EK: Man, right now while we’re talking I’ve got a huge smile on my face. Casey Jones just was what he was. There was no gray, and I loved that about him. So I’m very gracious about it. It was a beautiful time. It was surreal working with puppets.

AVC: And you liked it enough to come back for Turtles In Time.

EK: Yeah, I wasn’t in the second one. I think, financially, they would have had to pay me a good amount of money. I think it was a big financial savings for them. But the third one, I needed desperately to work, and I was grateful that they came around. The universe brought it back to my lap, and I’m like, “Yeah, sure.” Sometimes you need to work. Sometimes you become invisible, and you gotta ply your trade.

Thanks, Oxnard. Definitely one of the best RRs. I hadn't read that since it was posted, i.e. a few years before Chicago PD, so it's interesting to see this again:


I’d love to [do a series]. For some reason, the energy, I haven’t been able to—I don’t know. I’d love to stay in New York City and go downtown or whatever and do a show and then come home. But it’s either you’re going to play a cop, be a lawyer, be a doctor. I don’t know how many times you get a chance, the different variations of that theme you’re going to play. So there’s a part of me that’s looking for something a little different. To be on TV, week in and week out, you’ve got to play to your sensibility. I know that I’m a quirky guy, to say the least. I don’t know how easy I am to cast for a network. It hasn’t been because I haven’t tried. But am I dying to be on a TV show? No. [Laughs.] But if someone presented me with something that turns me on, and they want to work with me, too, and they believe in me? Then I’m right there. Maybe someone’s going to read this and say, “Hey…”


There is unfortunately nothing different about Chicago PD (or Fire, or Med). It's junk, but from what I can glean from other interviews it seems to have given him something like what he said he loved seeing in the Sopranos cast, which is nice.

Weird and new, you say? You got it!
Top 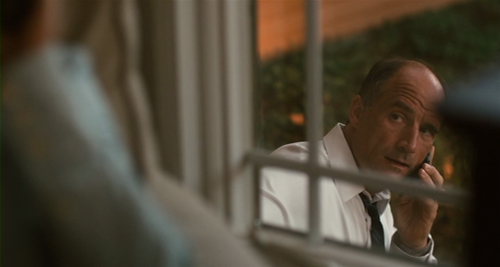 A suburban ennuiaganza gratifyingly unlike any other. This is due in large part to a highly stylized co-ordination of visuals and music that appears to have been ill-received by critics and audiences alike (if received at all--there are still just 623 votes on IMDb) but which clicked with me immediately. I was reminded less of other movies than certain ostensibly realist fiction in which the realism is regenerated by thrilling and unruly language, like Leonard Michaels or especially Joy Williams, in whose work these glancingly-related characters would be right at home: the husband who skulks outside the house on his phone and pretends he's calling his family from the plane he missed; the girl who frees a French poodle from a tree in the middle of the woods then finds its owner-or-is-he doing unpleasant things in a shed. Edie Falco gives a skillfully but almost unbearably excruciating performance as a woman who isn't prepared for the consequences of cultivating "reality" on foreign soil when a celebrity neighbour asks her for a ride to the ferry.

I kept hearing Holst in Michael Nicholas's score, and there is indeed a strange cosmic quality to the nonverbal passages in which his music commands the action, even beyond the lengthy shots of the night sky and the lens flares (for once utilized with real style and force). As in The Planets, conceived by Holst as astrological interpretations, it's Earth First: looking beyond our immediately visible reality (/realism) in an attempt to reckon with the mysteries in which that reality is ever-enveloped but which we spend our lives struggling to comprehend. And species-inclusive: the opening shot, descending from high trees on a lone house, its occupants visible but silent and immobile, evokes a terrarium (okay now that brings to mind the opening of Allan King's discord doc A Married Couple) before the gorgeous credits sequence leads us through the woods surrounding the neighbourhood and their birds & bees & foxes & spiders & where we will presently return with Rachel Resheff's young Christina to confront an entirely different kind of wild life. Here the film switches to an almost fabulist register and incredibly, almost alchemically, succeeds. (I can imagine complaints about the plainly "unrealistic"-bordering-on-arch manner in which this vignette plays out, but such a position would necessarily negate any attempt to represent the horrific in anything but cornpone corporate-media-approved "reality" and is thus untenable.) Much of the credit goes to Resheff's performance, and Mendelsohn's direction of it. It's in her expressions: the mischief, curiosity, intelligence. Her journey resonates through all time: good ol' guileful innocence facing down dumb depravity. Presumably micromanaged child performances like this are risky affairs, but Mendelsohn's tonal control and Resheff's natural charisma (this was her first film) come through.

At the end of the film, important pieces of information remain unknown: about a woman to herself, about a child to her parents, and about the most "important" character to us, background information that conventional American dramatic cinema would hold as essential. And not for no reason: the film lacks that rightfully-prized impact, and you feel it, but it is successful in a rarer way. In its many perfectly-observed character beats and as adventurous filmmaking that accepts, respects, and ultimately celebrates mystery, and says you should, too.

How faireth The Kote? Beautifully. His finest work from Ararat in 2002 till now, I think. A little more on faces: his is as malleable as any white dude within twenty years of him. Those aging crags belie trenches of subtle emotional warfare. May he find more generals who know what he can do on the front lines.
Top 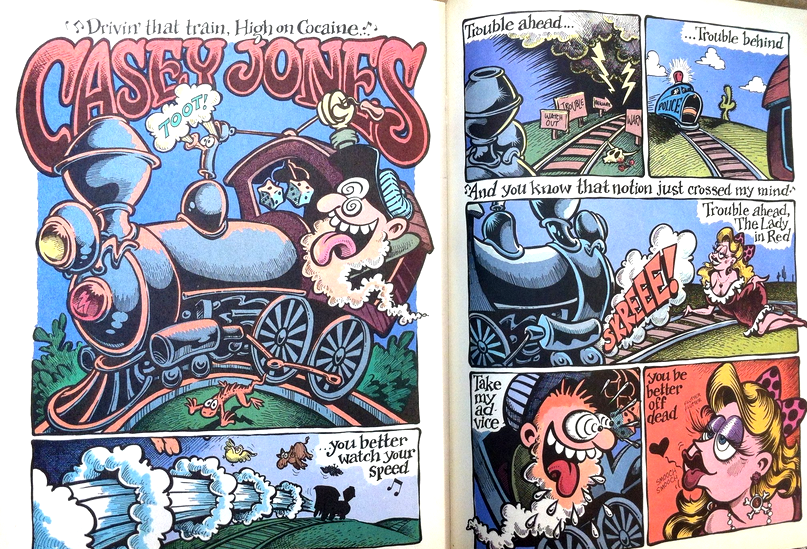