This is a nice piece (its intertextual connections are on point), but its ideas about feminism strike me as naive, particularly its suggestion that a feminist work needs to adopt a female perspective, that provoking one to consider feminist themes is somehow not enough. Lots of landmark feminist films, even some of the best, prefer female ciphers to psychological investigation. It also steps into the critical pitfall of asking, "What if this film were an entirely different film?" And I think the ambivalence of the ending -- is her new situation any better? -- is arguably part of the point.
Ma`crol´o`gy
n. 1. Long and tedious talk without much substance; superfluity of words.
Top

I spoke to Ratter director Branden Kramer about shooting a film through phone cameras and webcams, directing Ashley Benson (Spring Breakers), hacking, and a run-in with the FBI.
Top

on Mon Oncle
on 3:10 to Yuma
on Kiss Me Stupid
on Pinky
on how Joe Flaherty is the greatest comic presence in TV history
on how Peter Labuza is the worst writer in film criticism history
Top

Of all the offenders to pick on Labuza is the most harmless, then again, maybe that's why he's such a good target? IDK I am not fancy.

This is one of my favourite pieces I've written:

https://www.fandor.com/keyframe/joan-di ... -hollywood
Everything around me is evaporating. My whole life, my memories, my imagination and its contents, my personality - it's all evaporating. I continuously feel that I was someone else, that I felt something else, that I thought something else. What I'm attending here is a show with another set. And the show I'm attending is myself. Fernando Pessoa

Philosophe rouge wrote:This is one of my favourite pieces I've written:

Had some brief time with Hirokazu Kore-eda to discuss his new film, Our Little Sister: http://www.theskinny.co.uk/film/intervi ... tle-sister
Top

Labuza is pretty intolerable. And Rio Bravado is a pretty good blog name i dunno
I Watch Films, But...
In a word, I think that, far from favoring directors’ formal inventiveness, widescreen, instead, stifles it. It is, I’m more and more persuaded, if not the only, at least the main culprit for the expressive poverty of the image today. - Eric Rohmer
Vimeo / / / Flickr
Top 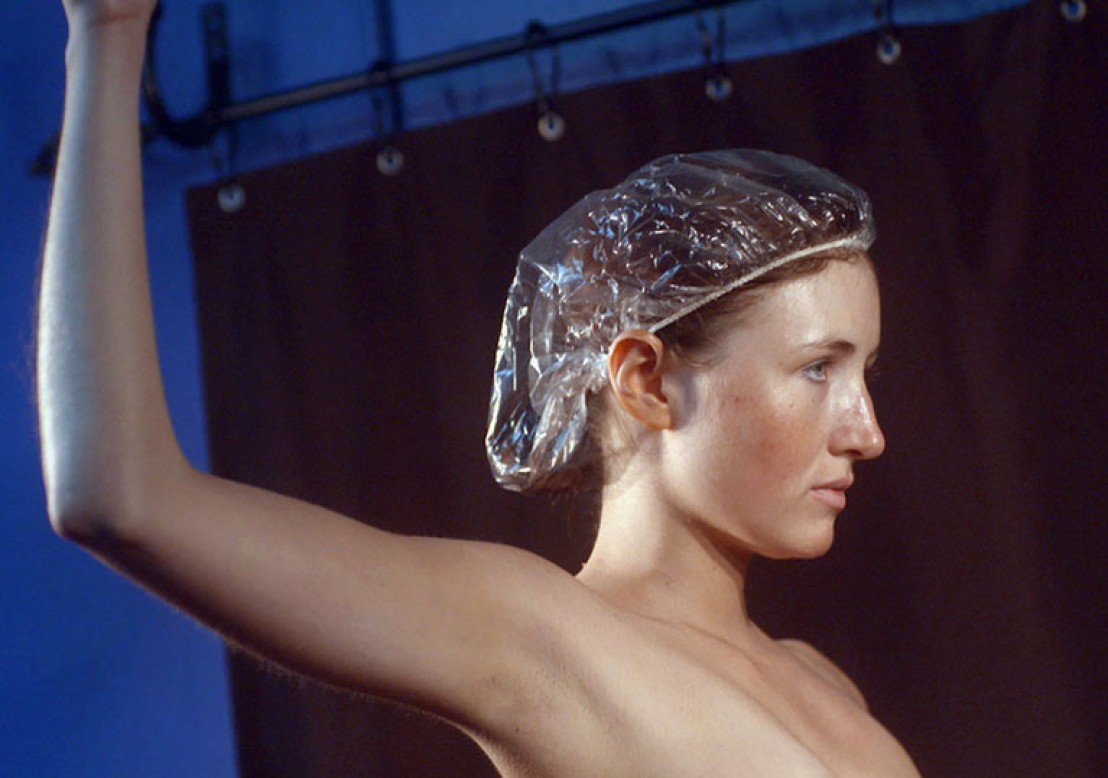 Here's my two Little White Lies pieces from the IndieLisboa festival in Portugal:

A piece I wrote for The House Next Door on a recent Argentine movie shown at Cannes. I recommend you all see it. Imagine 4 Months, 3 Weeks, and 2 Days, with a little Invasión thrown in for good measure. The movie's set during Argentina's last military dictatorship, but it's really about someone's dictatorship of the mind.
Top

Has anyone else read Catherine Benamou's exhaustively comprehensive account of the failed production of It's All True and its effects on Latin American culture and film culture? I read it a little while back after watching the documentary and it's very informative -- almost to a fault. But if anyone had any questions about the film, it answers just about all of them (or at least offers as many perspectives as possible). It's a fascinating book, too; I've never read something so lengthy about an unfinished work, especially one like It's All True which only exists in unorganized fragments. It paints the possibilities of a hundred different films.

Her prose style is more academic than the subject matter seems to require, and she spends dozens of pages talking about segments of the film that never made it past the early stages of pre-production, but those are trifling complaints in the face of the breadth of its accomplishments.

On an unrelated note: I really need to read more Raymond Durgnat.
Ma`crol´o`gy
n. 1. Long and tedious talk without much substance; superfluity of words.
Top

The Neon Demon is another dreamy L.A. thriller from Refn
Recently Reviewed
Top

So jellies. Intrigued by the movie, too.
Recently Reviewed
Top

My interview with I Am Not Your Negro director Raoul Peck

This is one of my favorite video essays I've seen on Youtube; moviebob does a non-stop, almost 1-hour analysis on the original Matrix, without ever slowing down or becoming anything less than consistently insightful on the film. Just sheer awesomeness:

My interview with Milagros Mumenthaler about her second film, The Idea of a Lake:
http://frame.land/milagros-mumenthalers ... -the-lake/

My interview with Milagros Mumenthaler about her second film, The Idea of a Lake:
http://frame.land/milagros-mumenthalers ... -the-lake/

I wonder what Beau thinks of the stuff about Argentina in there.

I haven't seen it yet, though. It played for a bit in a single downtown cinema and I was never able to go. And it hasn't been uploaded yet to the state film institute's streaming service.

Anyway, what "stuff" would that be? From what I read, the film deals with the aftermath and memory of the military dictatorship, which, I must point out, is a weekly and ongoing discussion here, so seeing it on film is fairly common. There was an attempt at "forgetting" and "reconciliation" in the 90s, but new generations, mine included, don't want to go back to that, so the topic is on everyone's mind yet again, or has been for the past 10 years. Especially now with a conservative government in power, the question of memory and holding those responsible accountable is more relevant than ever. The Supreme Court tried to pull a fast one past everyone a few weeks ago, reducing sentences for some of those who committed crimes against humanity, due to an obscure legal technicality, but there was a massive march - which I went to - that basically forced the legislative branch to react and, after a special session, close all loopholes and nullify the Supreme Court decision. So, again, like I said, it's a subject on everyone's minds right now. In this sense, we're ahead of countries like Chile, Spain, and Brasil, which have tried to bury their pasts with more (if obviously not definitive) success.
Top

I should point out, though, that my friends are all either journalists or artist types, so my social circle - and the zeitgeist I have access to - leans definitively to the left. There are certainly sectors within Argentina that not only sided with the military back in the 70s but now want us all to "move on," or something vague like that, without bringing those responsible to court, and who equate the actions of a few radical leftist groups (which, yes, may have been violent and unsavory, but which were a reaction to decades of previous military intervention in political affairs, something dictatorship apologists like to leave out of their alternative facts) with the systematic genocide carried out by the state. It wasn't a dirty "war," it was a one-sided annihilation, which also bulldozed thousands who weren't even in those radical groups to begin with.
Top

Beau wrote:Anyway, what "stuff" would that be?

Well, the things you just said plus the nature/weather stuff.

In praise of Dwayne Johnson’s performance in Pain & Gain
Top

I spoke to Edgar Wright about Baby Driver, favourite songs, director pals, and Phantom of the Paradise
Top

I spoke to Michael Showalter about The Big Sick, Wet Hot American Summer and a They Came Together sequel
Top

Christopher Nolan goes to war in the thrilling Dunkirk 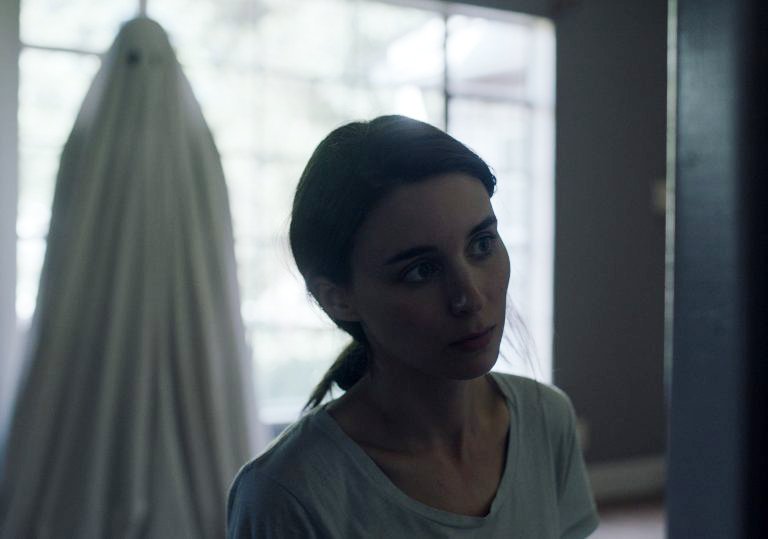 I spoke to David Lowery about A Ghost Story, belief in spirits, making a "domesticated riff on 2001", and sneaking an Under the Skin homage into Pete's Dragon
Top

I interviewed Michael Winterbottom about his new film, On the Road
Top 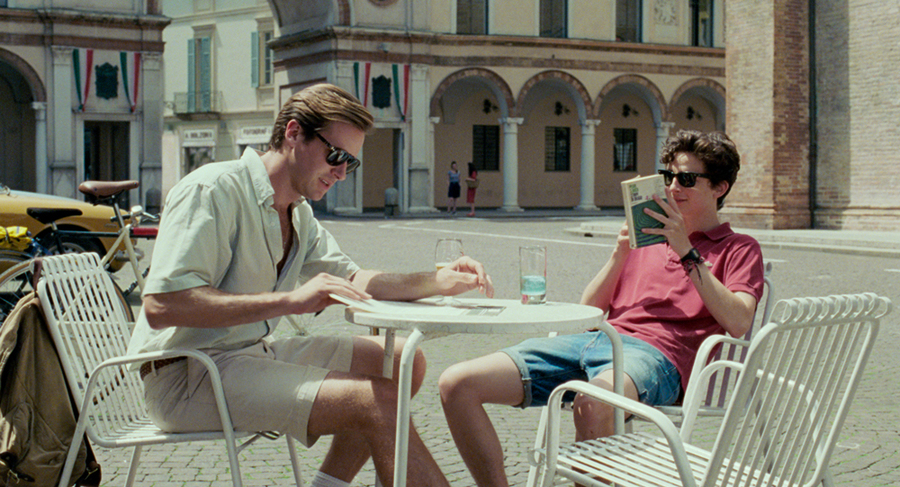 I spoke to Luca Guadagnino about love, Call Me by Your Name, remaking Suspiria, and Prefab Sprout
Top

Senses of Cinema now has a podcast! 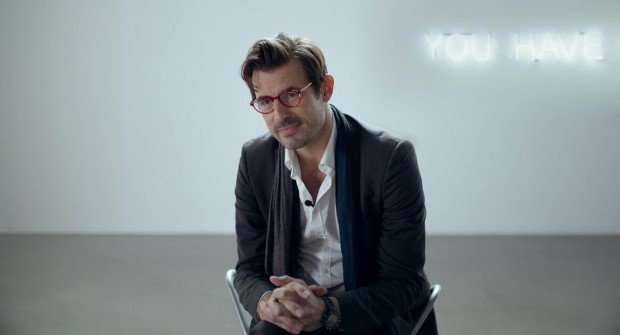 I spoke to Claes Bang, star of Palme d'Or winner The Square, about many things, but most importantly fighting over a condom with Elisabeth Moss: https://thefilmstage.com/features/the-s ... om-fights/
Top

Mad Max: Fury Road might already be the best action movie ever made
Recently Reviewed
Top

Spoke to Takashi Miike about his 100th movie Blade of the Immortal, film vs digital, Paul Verhoeven, and how he’s actually really lazy: http://www.theskinny.co.uk/film/intervi ... e-immortal
Top

Is this a good place to post movie essays/analysis?

I started posting these on the tomato-based site before it was mercifully razed like the decadent Gomorrah, so here are the latest two "extracinematics."

DaMU! Yes, this is the perfect thread for those, which I hope to keep seeing more of in the future; I'm always up for supporting a fellow forumer's creative projects. Keep 'em comin'!
Recently Reviewed
Top