Yeah, I can't see any linked tweets either on mobile. It's not the worst thing in the world.
Top

The death of Anthony Bourdain has been surprisingly upsetting to me. It's been weighing on my mind all day, and I'm generally pretty good at putting celebrity deaths to the side to be thought of later, even when I am big fans of the celebrity in question.

I'm incredibly sad about this, even if I'm not entirely sure exactly why.
Top

crumbsroom wrote:The death of Anthony Bourdain has been surprisingly upsetting to me. It's been weighing on my mind all day, and I'm generally pretty good at putting celebrity deaths to the side to be thought of later, even when I am big fans of the celebrity in question.

I'm incredibly sad about this, even if I'm not entirely sure exactly why.

After Kate Spade's suicide, a lot of people made the somewhat glib observation that securing all the material trappings that life has to offer isn't a panacea for crippling depression, that although she had the right address, the right clothes and the big bank account, it didn't fix her brain. As much as this may be a valid reminder, I think anyone who's spent almost any time thinking about depression and what it really is knows this already.

I think Bourdain's death seems more unsettling because it suggests that even the experiential joys of life--meeting new people, tasting new foods, sharing stories, exploring cultures, all those things we saw Bourdain engaging in on camera--even those things won't stave off that darkness without the right treatment. Bourdain didn't just seem rich in the conventional material sense but rich in what we all believe to be the positive, transformational experiences that life has to offer. And it's still not enough if your brain isn't wired right.

It's the ultimate reminder that this is a disease of the brain, random and cruel, indifferent to a person's experience and worth.
"It's OK to have beliefs, just don't believe in them." — Guy Ritchie
Top

Yeah, the Bourdain death has rattled me as well. On the surface, he seemed to have it all: enough money, a cool gig, being able to experience new things.

But I guess if you have depression, it will never go away unless it's treated with drugs, with therapy, with perspective.
Top

BL wrote:I think Bourdain's death seems more unsettling because it suggests that even the experiential joys of life--meeting new people, tasting new foods, sharing stories, exploring cultures, all those things we saw Bourdain engaging in on camera--even those things won't stave off that darkness without the right treatment. Bourdain didn't just seem rich in the conventional material sense but rich in what we all believe to be the positive, transformational experiences that life has to offer. And it's still not enough if your brain isn't wired right.

Matt "Guitar" Murphy, perhaps most well known for being the guitarist in the Blues Brothers Band, has died at the age of 88.

Murphy performed in the studio and on stage with numerous blues legends throughout his career, including Ike Turner, Muddy Waters, Etta James, and Chuck Berry. He had joined his first band in 1948 at the age of 19.

Murphy appeared in The Blues Brothers as their former guitarist who had opened a soul food restaurant with his wife, played by Aretha Franklin. He also appeared in the sequel.

Although he suffered a stroke in 2002 Murphy eventually returned to performing. He appeared at Eric Clapton's Crossroads Guitar Festival at Madison Square Garden in 2013.
Ain't no grave gonna hold this body down

bummer. he worked on a lot of movies I love and I didn't even know who he was until today. can't take those guys for granted! RIP
Top

Damn, Müller was one of my favorite living cinematographers. He shot Dead Man. He had a profound but subtle eye.
Ma`crol´o`gy
n. 1. Long and tedious talk without much substance; superfluity of words.
Top

R.I.P. If any of you haven't seen Shoah yet, add it to your queues.
Last Great Movie Seen
Time Bandits (Gilliam, 1981)
Top

The man did bring Chrysler back from the dead.

Actress Charlotte Rae has died at the age of 92.

Born in Milwaukee, WI, Rae started out in radio and theater. She attended Northwestern University although she did not graduate. While at the university she met several then-unknown stars such as Cloris Leachman, Charlton Heston, Paul Lynde and Claude Akins. Rae moved to New York City in 1948 where she performed in theater and nightclubs.

Rae appeared in various stage productions and musicals such as The Threepenny Opera, Li'l Abner, and Pickwick. In 1955 she released a solo album which featured songs by Vernon Duke, Cole Porter, Rodgers & Hart, and Marc Blitzstein. Rae received two Tony Award nominations during her Broadway career. The first for Best Featured Actress in a Musical in Pickwick and the second for Best Actress in a Play for Morning, Noon and Night.

In 1954 Rae began a career on television. Over thirty years should would appear on many shows including Car 54, Where Are You?, The Defenders, The Love Boat, The Partridge Family, Love American Style, McMillan & Wife, Barney Miller, 227, Murder She Wrote, St. Elsewhere, All in the Family, Sesame Street and Good Times.

In 1978 Rae appeared as housekeeper Edna Garrett on Diff'rent Strokes. Her character proved to be so popular that she was spun off with her own series, The Facts of Life, in 1979 as a housemother in a prestigious private school. Rae appeared on the first seven seasons of the nine-season show.

Rae appeared in several films throughout her career: Bananas, Rabbit Test, Hair, You Don't Mess With the Zohan, and several others. Her final role was in 2015's Ricki and the Flash. She provided voiceover work for the first Red Dead Redemption video game. In addition to her Tony Award nominations, Rae was also nominated for two Primetime Emmy Awards.

Rae married composer John Strauss in 1951 but they divorced in 1976. They had two sons together. In 2017 Rae was diagnosed with bone cancer.
Ain't no grave gonna hold this body down

The Queen of Soul, Aretha Franklin, has died at the age of 76 due to pancreatic cancer.

I was first introduced to her amazing voice at the age of 8 when I saw her in The Blues Brothers. I've been a fan since.

Here in SE Michigan (being born & raised here), she was an icon. A worldwide icon, of course, but she was Detroit. Helping to make the Detroit metro area the greatest modern musical center in the world. Proven just by the names Aretha, Stevie, Madonna, Eminem, Iggy, Terrible Ted, Alice and the list goes on and on.

"Nobody embodies more fully the connection between the African-American spiritual, the blues, R. & B., rock and roll - the way that hardship and sorrow were transformed into something full of beauty and vitality and hope. American history wells up when Aretha sings. That's why, when she sits down at a piano and sings "A Natural Woman", she can move me to tears ... because it captures the fullness of the American experience, the view from the bottom as well as the top, the good and the bad, and the possibility of synthesis, reconciliation, transcendence." -- Barack Hussein Obama

RIP Robin Leach. I used to watch Lifestyles of the Rich and Famous it was a guilty pleasure of mine. He will be missed.
Top

R.I.P. I especially enjoyed the episode where we learned about Michael Dorn's side gig as a pilot.
Last Great Movie Seen
Time Bandits (Gilliam, 1981)
Top

RIP to playwright and screenwriter (Barefoot in the Park, The Odd Couple, The Goodbye Girl) Neil Simon. He was 91.
Top

I used to wait on Neil Simon's table at a bar/restaurant I worked at a long time ago. Every day he ordered a turkey burger and fries and sat at the same table. Left nice tips and was a generally nice guy. RIP.
Top

No RIP for John McCain after a few days? God damn republican.....amirite?

I liked the guy for the most part. Especially when some nut approached him during the election about the "Arab" Obama and Mccain was quick to correct her. You wouldn't see the retarded orange Cheeto do that.
Ain't no grave gonna hold this body down

there was some stuff said in the Politics thread.
Top

Burt Reynolds has died at the age of 82.

I was a fan as a kid of Smokey and the Bandit and The Cannonball Run. Later on he did a great job in Boogie Nights. And of course Deliverance and The Longest Yard.
Ain't no grave gonna hold this body down

Some roles just seem to be made for certain people and I honesty can't see anyone else playing the bandit.

I don't know how hard it is to find now, but The End was always one of my favorite Burt Reynolds comedies (he directed that one as well). Check it out if you can find it.
Captain's Log
Top

once more for old time's sake 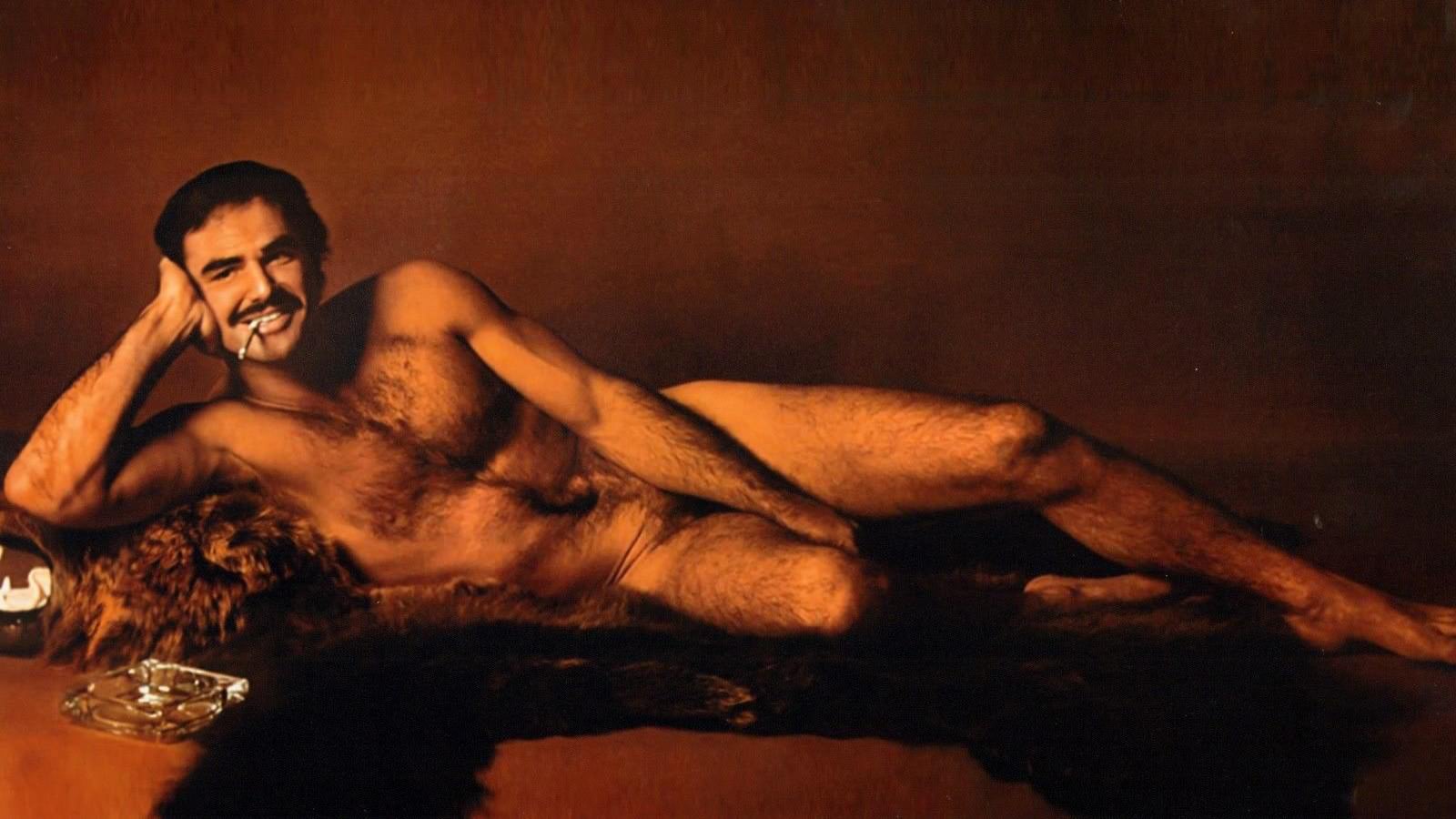 in lieu of an obituary, here is an looong interview from 2002 where he talks about his career and the development of those movies for anyone with the interest/time.
https://www.ign.com/articles/2002/11/11 ... gary-kurtz
Top

Actor and singer Al Matthews has died at the age of 75.

We was perhaps most well known for his role of Gunnery Sgt. Apone in Aliens, a role he reprised 27 years after the film's release when he provided the voice for Sgt. Apone in the video game Aliens: Colonial Marines. Matthews role of Apone was also the inspiration for Sgt. Avery Johnson of the Halo franchise.

Matthews served in the Marines for six years during the Vietnam War. He held thirteen combat awards and decorations including two purple hearts. He was the first black Marine in the 1st Division in Vietnam to be promoted to the rank of Sergeant.

Some of Matthews other work includes Omen III, Superman III, The Fifth Element and Tomorrow Never Dies. In 1975, he appeared on the UK Singles Chart with "Fool", which reached number 16.

Otis Rush, one of the last surviving of the great Chicago blues guitarists, has boarded the big train in the sky.

Writer and director Audrey Wells has died at the age of 58.

Born in San Francisco, Wells started out her career as a disc jockey at a jazz radio station. She wrote several screenplays including The Truth About Cats and Dogs, George of the Jungle, Disney's The Kid, The Game Plan and A Dog's Purpose. Wells also directed two of her screenplays: Guinevere and Under the Tuscan Sun.

Wells passed away on October 4th after a five-year battle with cancer. Her last project was writing the screenplay for The Hate U Give which was released in the United States the day after Wells died.

She is survived by her husband and daughter.
Ain't no grave gonna hold this body down